For ten days, The Who gave us a peek into their lives. We certainly felt a part of the communities we visited, yet we certainly had our differences…

We basked in the sunshine while the locals wore ball caps and preferred to take shade.

We ran to take cover when it rained as if we might melt, instead of appreciating the cool down. 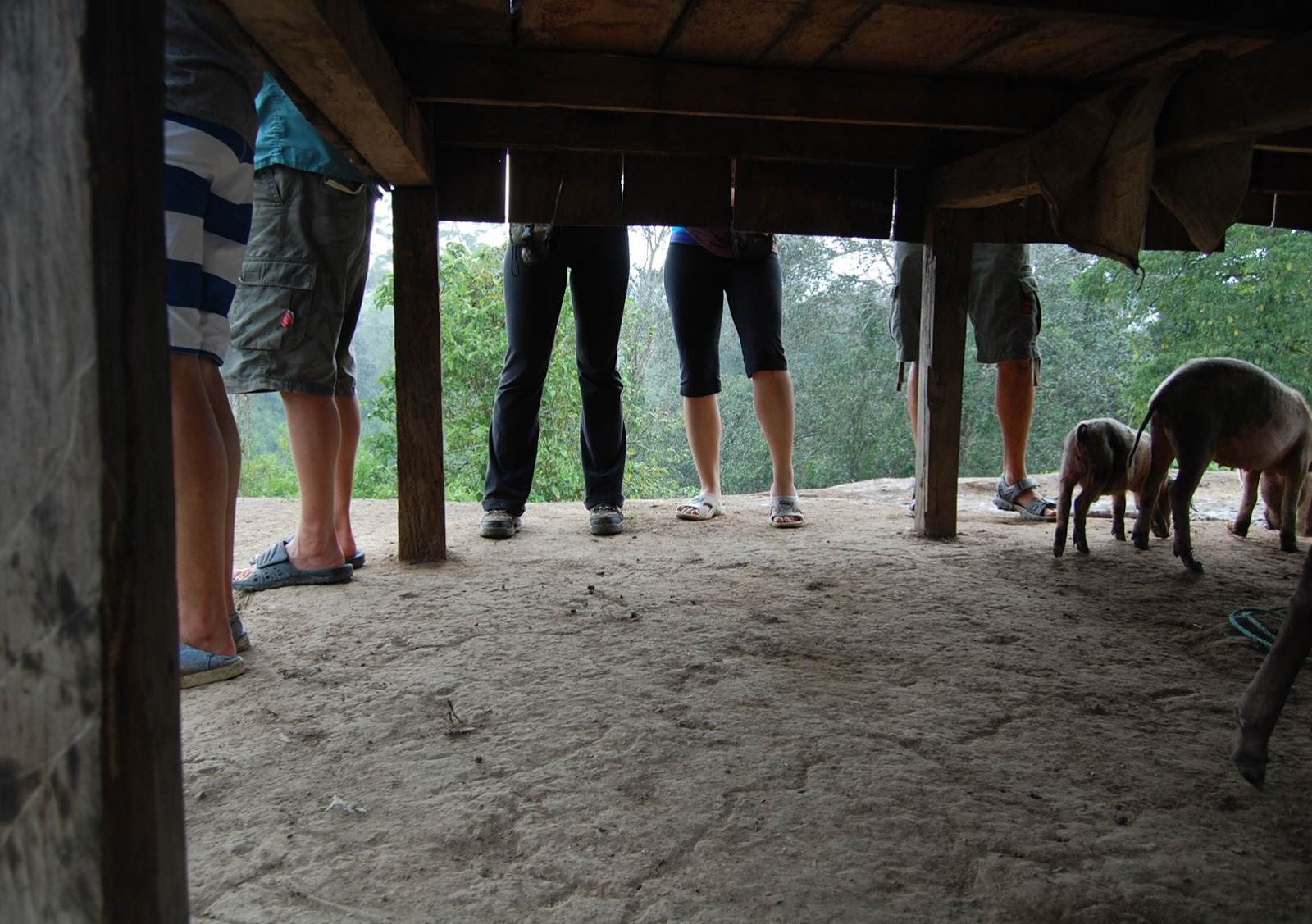 But, despite our differences, we tried to assimilate…

We became grateful for the presence of washroom accommodations, no matter how rustic we may have considered them.

And bucket showers would do just fine as a replacement for running water. Although it kind of felt like cheating given that the locals soaped up in the river.

We grew to appreciate the merits of the rubber boot as the all-around footwear of choice. 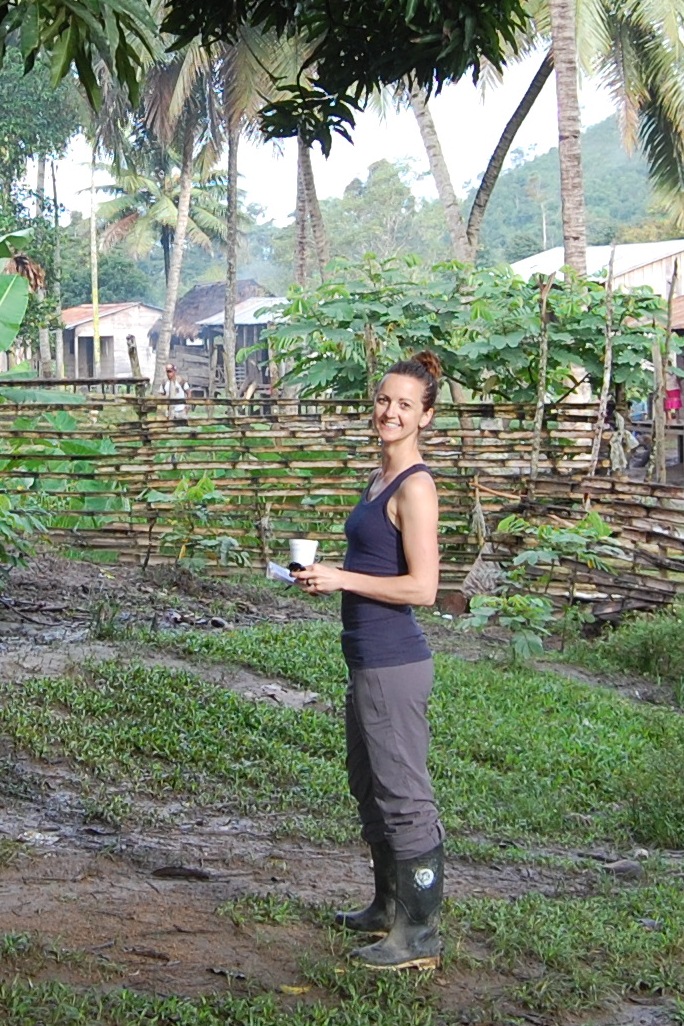 We adopted a love for baseball and even played the locals in a game. They embarrassed us thoroughly as we were slightly less hard core. 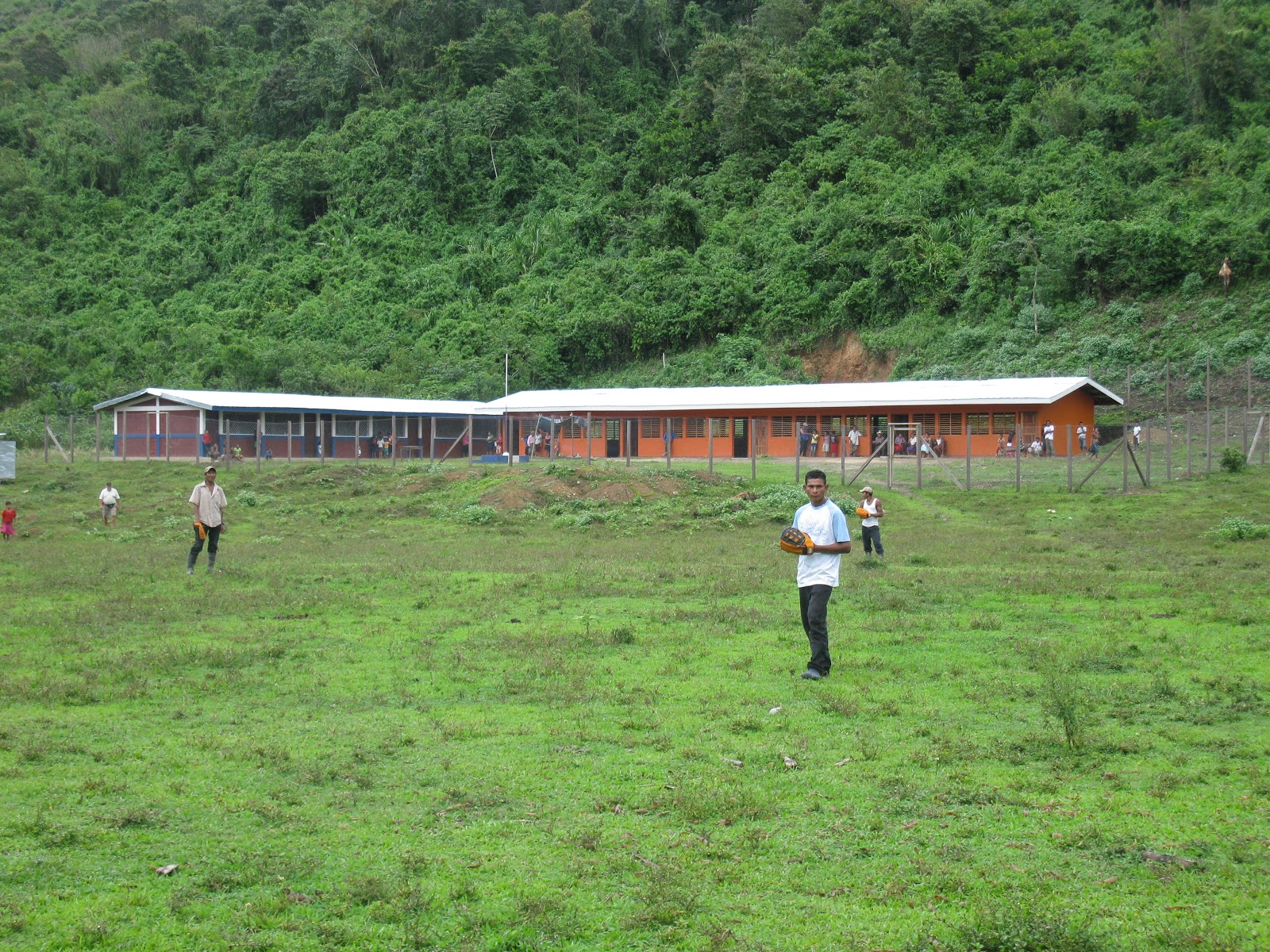 We learned that if you take garbage bags and a quantity of duct tape that would make Red Green proud (duct tape to tape down ‘table cloths’, duct tape to tape up tally sheets, duct tape to affix sharps containers (aka plastic water bottles) to the wall), some bins with all manner of supplies, and throw in a few dentists (and volunteers of course) for good measure, you can turn an empty school into a pretty efficient dental clinic. 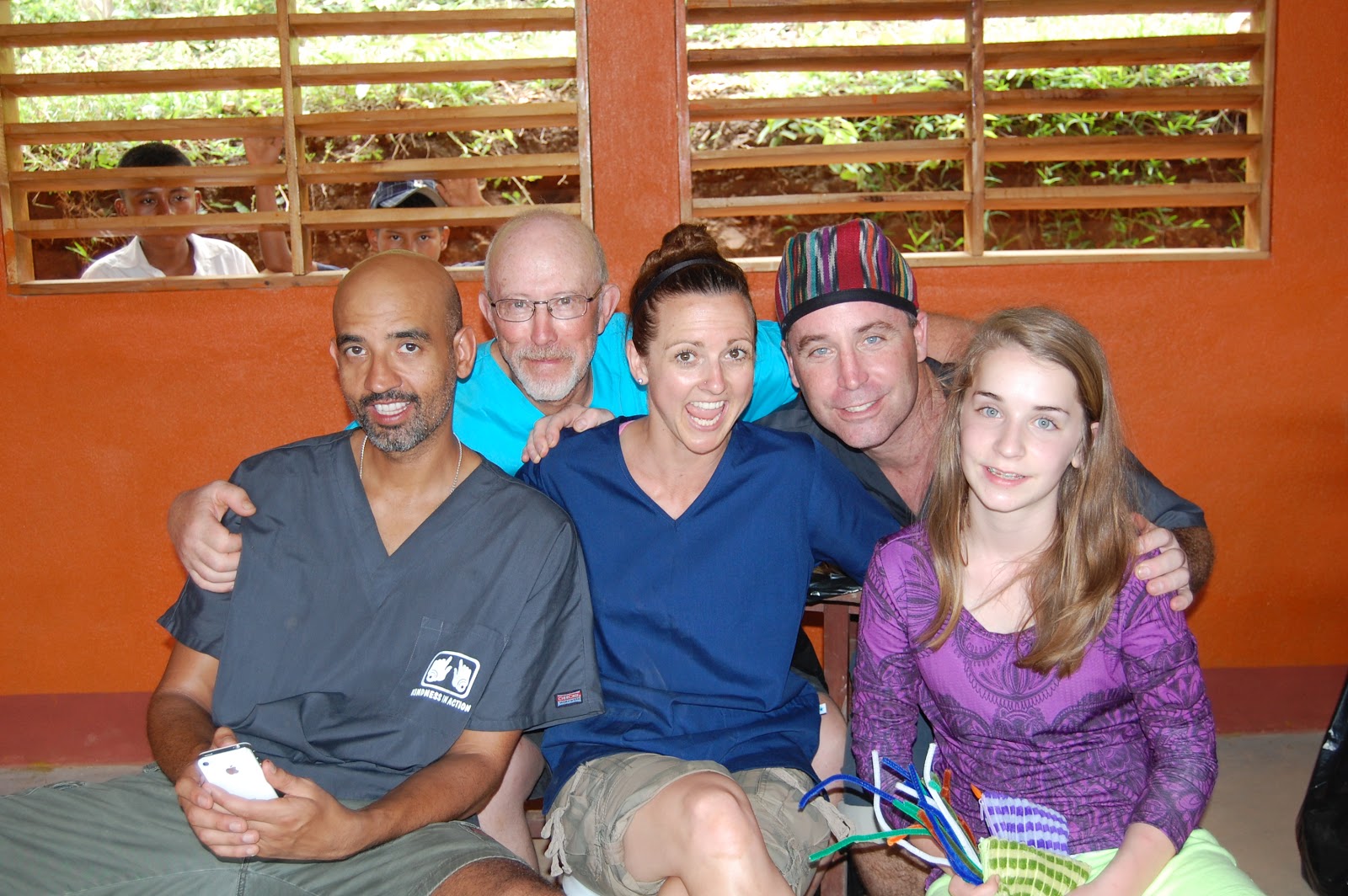 Perhaps less useful, we learned that the slimy bit that surrounds cacao seeds is delicious and sweet. 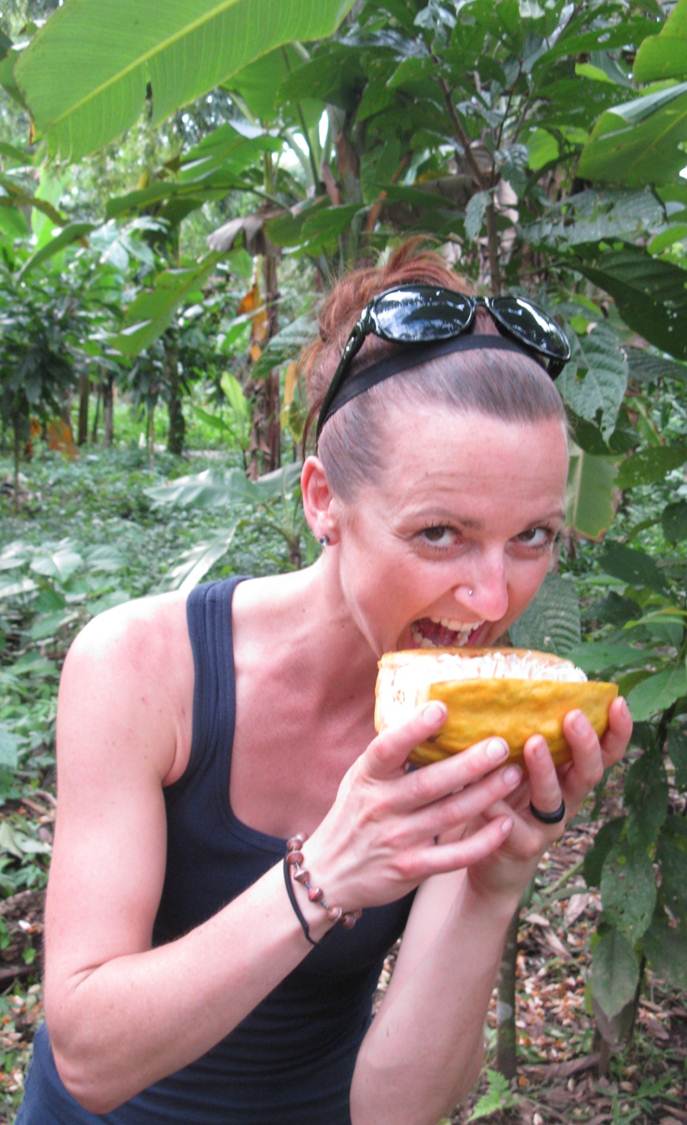 We learned that if you brave a little mud and venture into the forest, a swimming hole, and a relaxing hideaway might just be waiting. 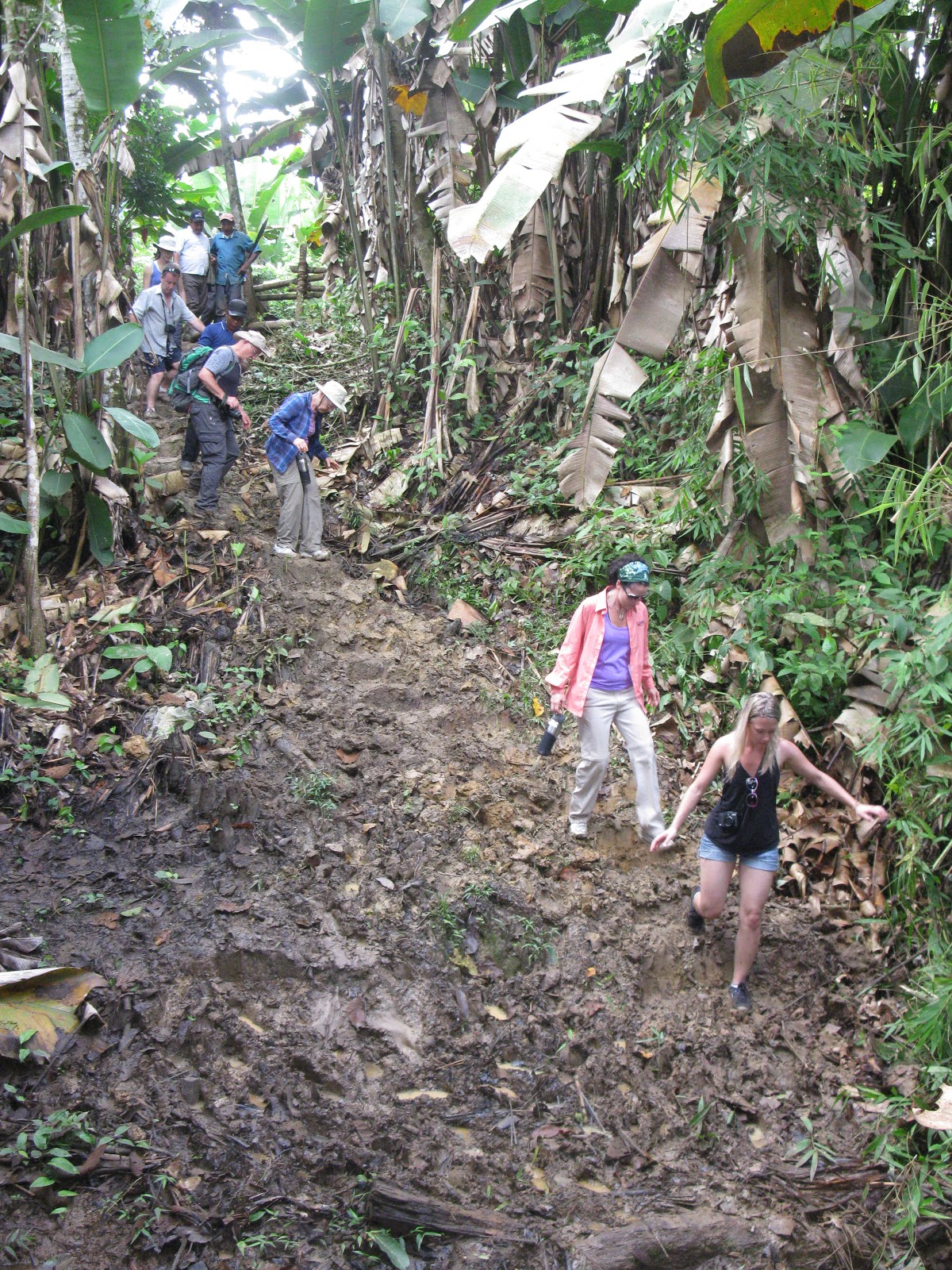 We learned that clothes can be washed in no time in the river, but that they dry quicker if you just wear them damp rather than waiting for the sun to overpower the humidity to allow them to actually dry on the line. 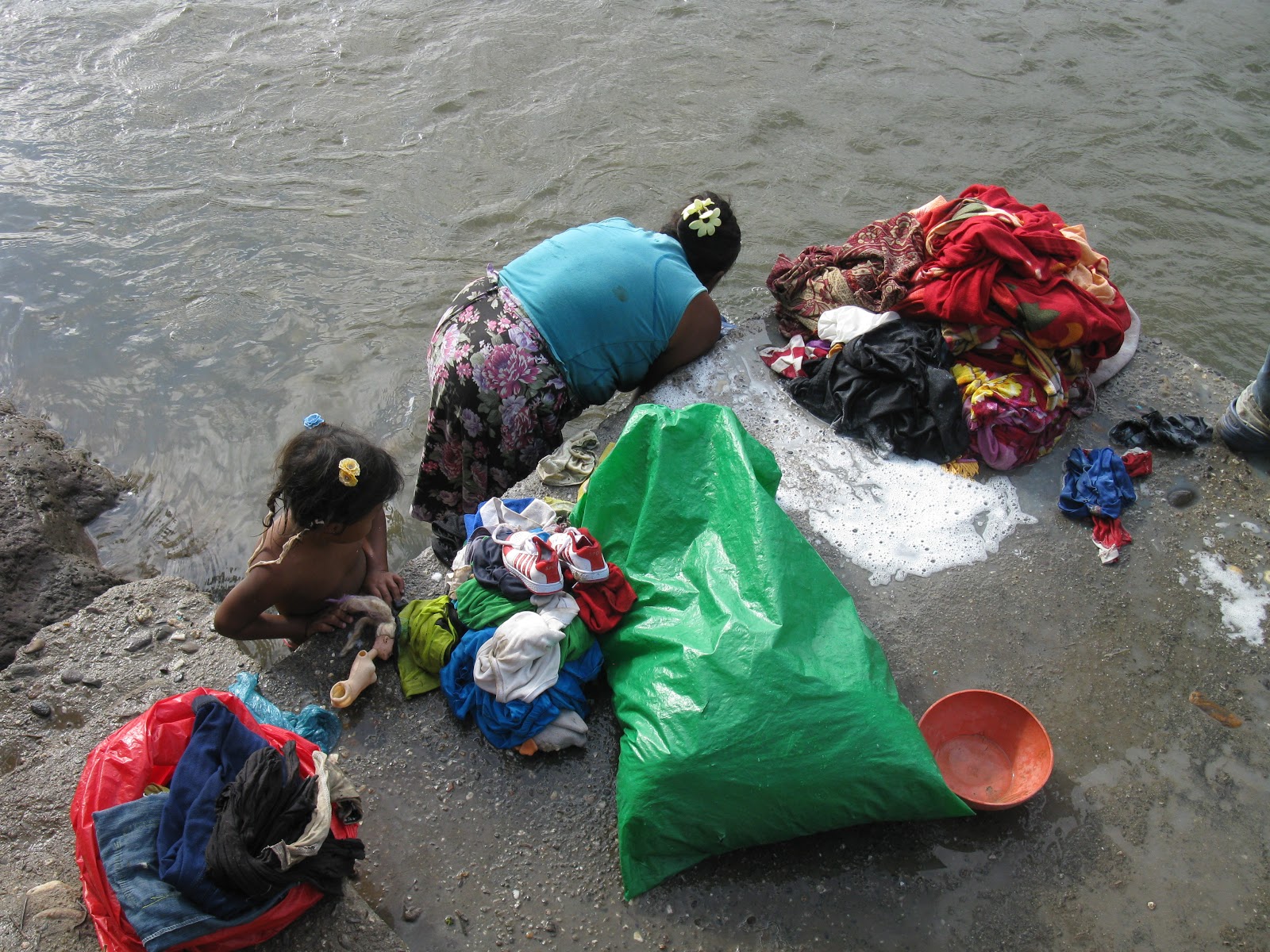 We learned that a brisk hike through the jungle becomes an exercise in trying to stay upright while scaling a slippery hill to a lookout point.

And we learned that said hike in the heat can lead to delirium and picture-taking that one may regret later. Okay, that Mark may regret later. (You didn’t seriously expect me to go an entire trip without an Angel’s picture, did you? Lucky for Mark, he and Sandra were the only one’s around when the mood struck me!) 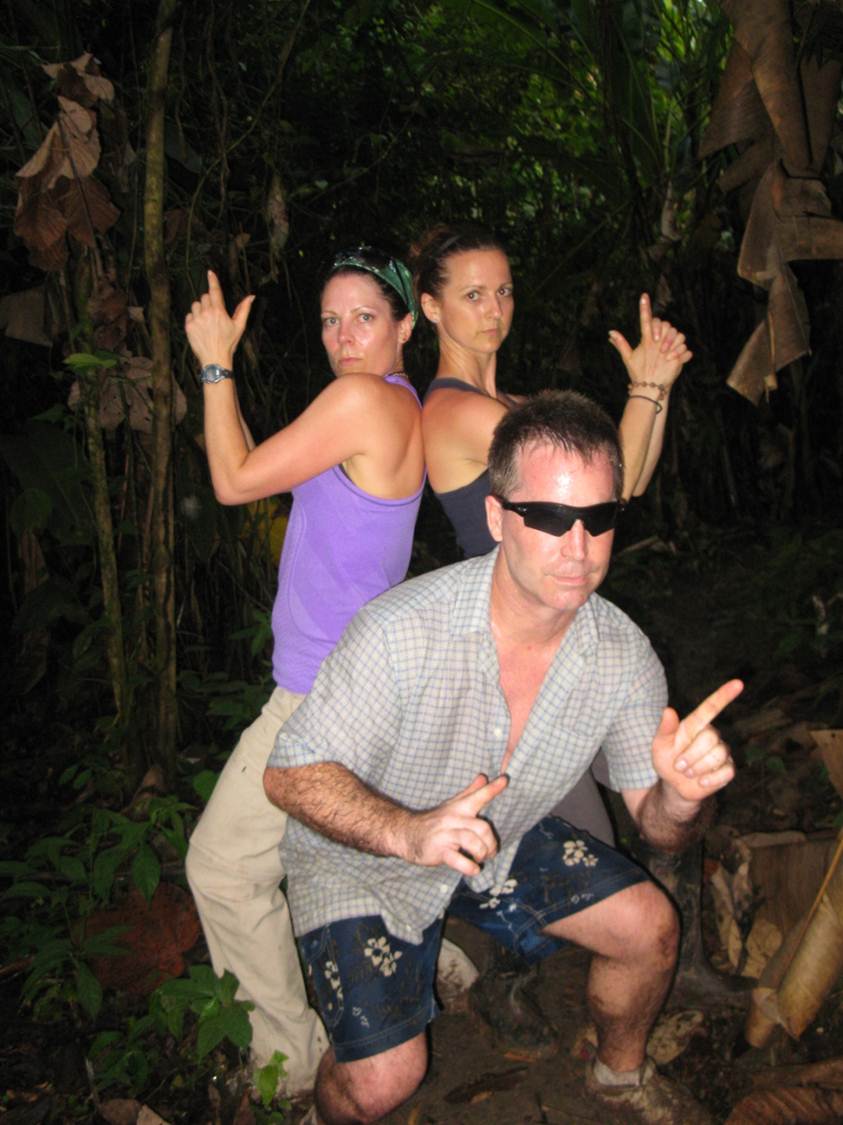 We learned that there is seemingly no end to the function of a five-gallon pail having tested its use personally as a food storage container, dining table, dentist chair, and portable rest stop. 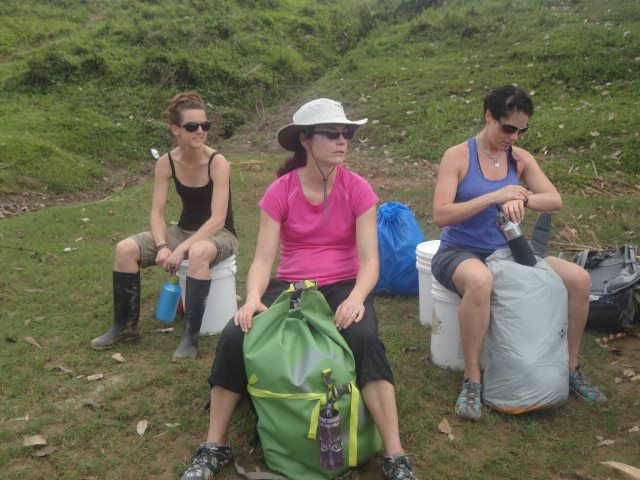 We learned that overcoming the discomfort of being crammed into limited space is easy when in good company. 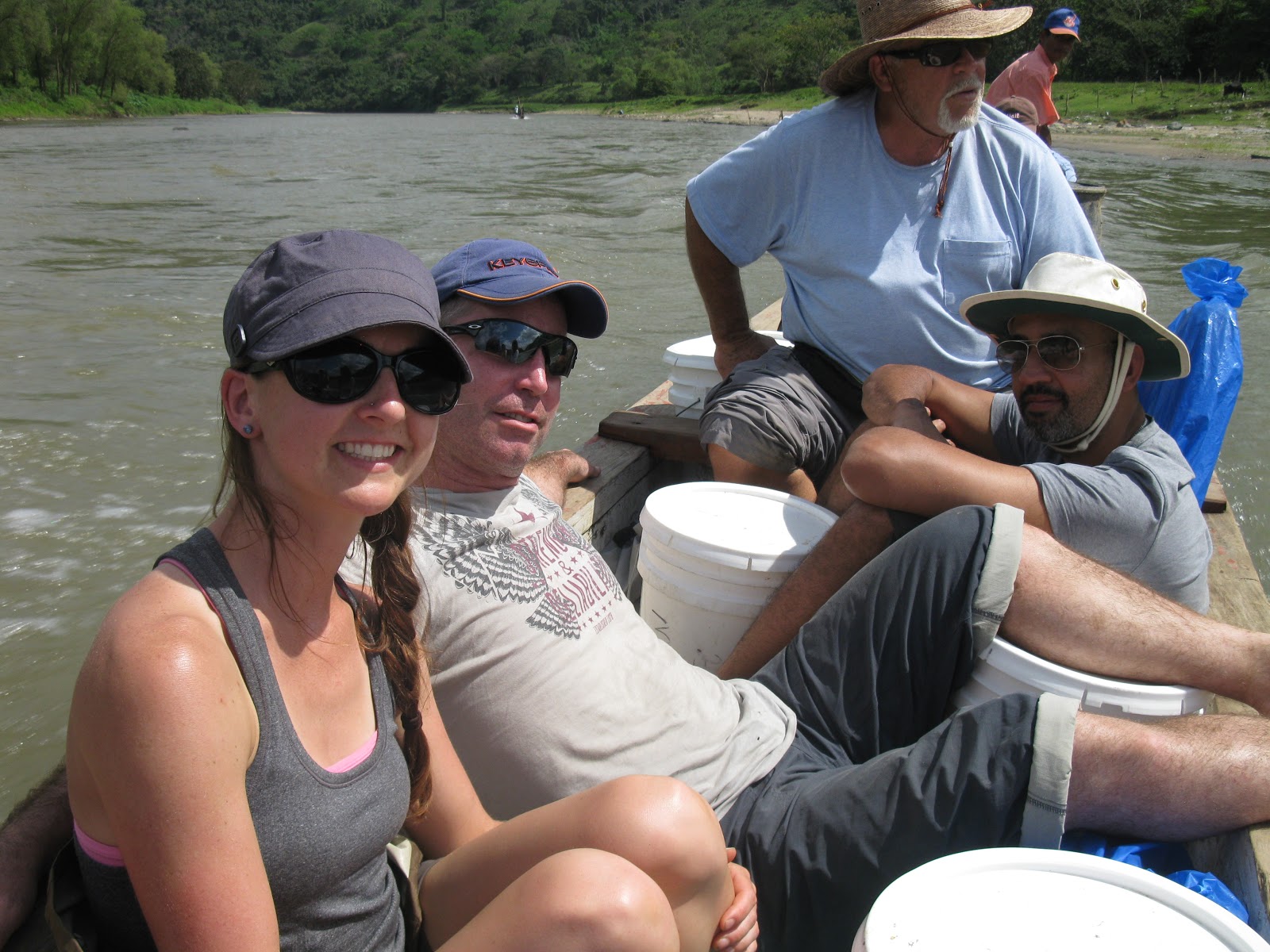 And we learned that silliness tends to take over at about hour five. 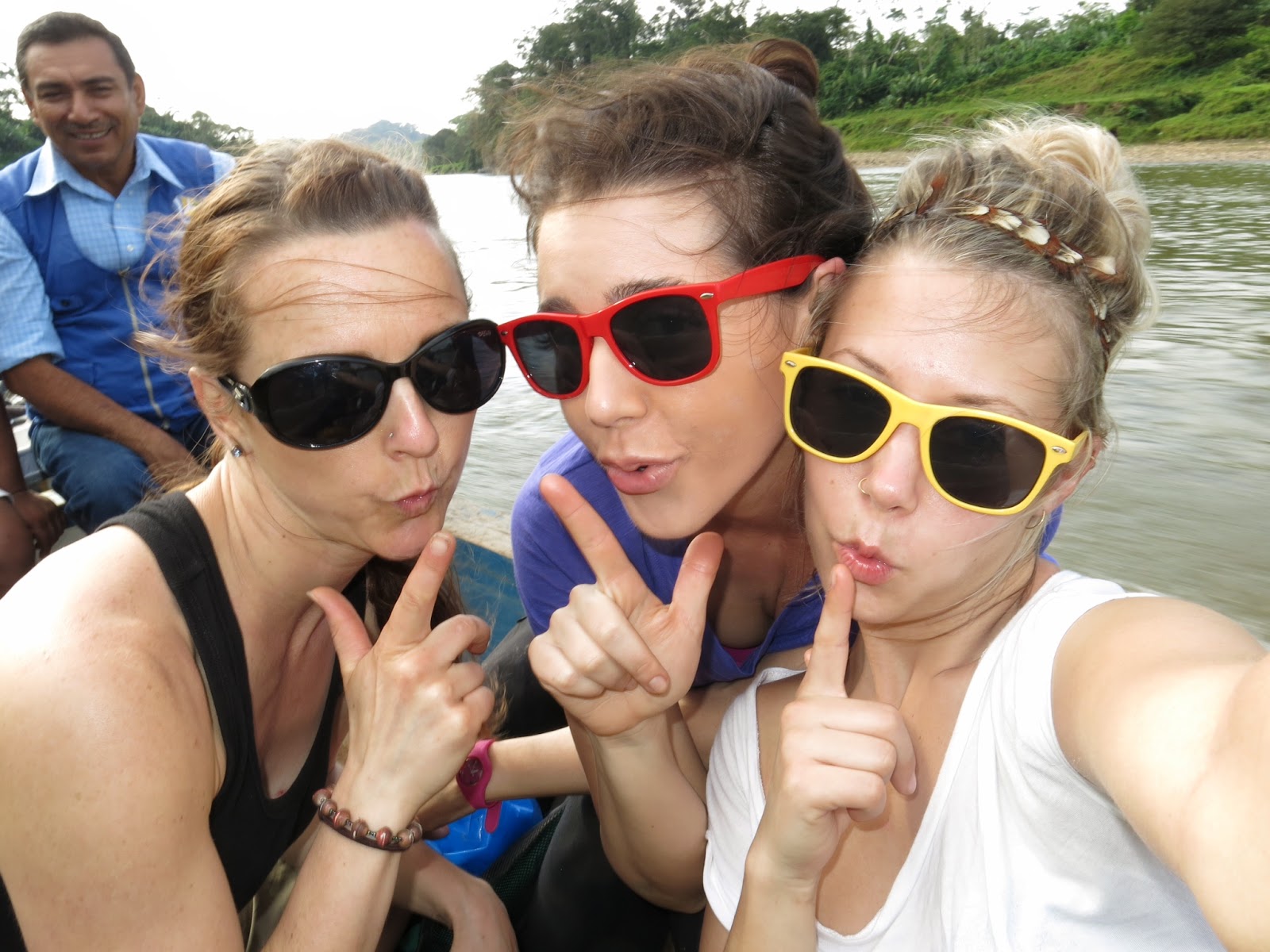 We learned that despite the fact that we had copious amounts of ‘stuff’, we didn’t really need that much. In a place where the accumulation of ‘stuff’ is not only impractical, but also unfamiliar and where ‘stuff’ is simply unavailable, we confirmed that ‘stuff’ does not predicate happy. 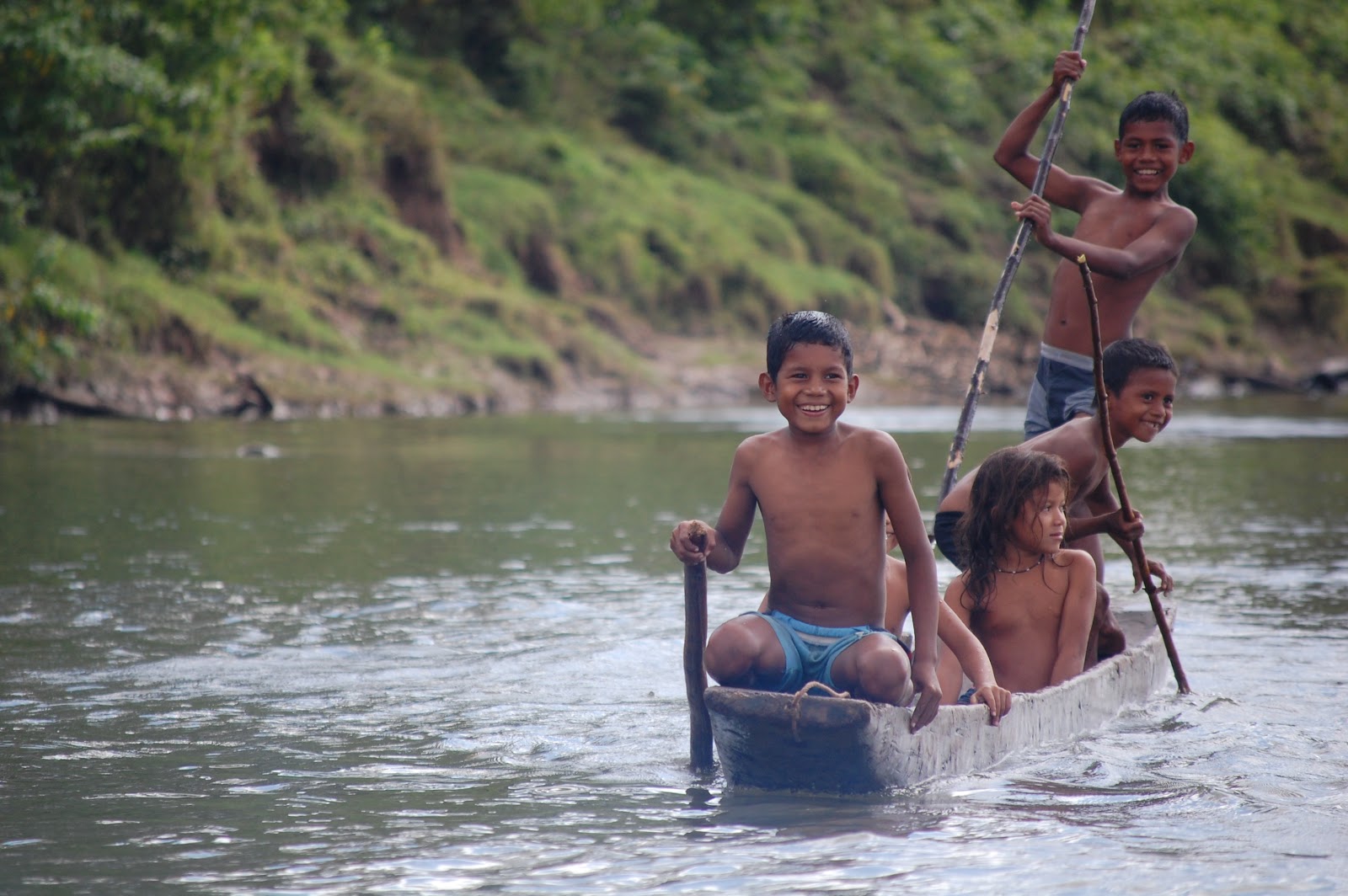 We confirmed that the language required to make new friends is universal and starts with a smile. 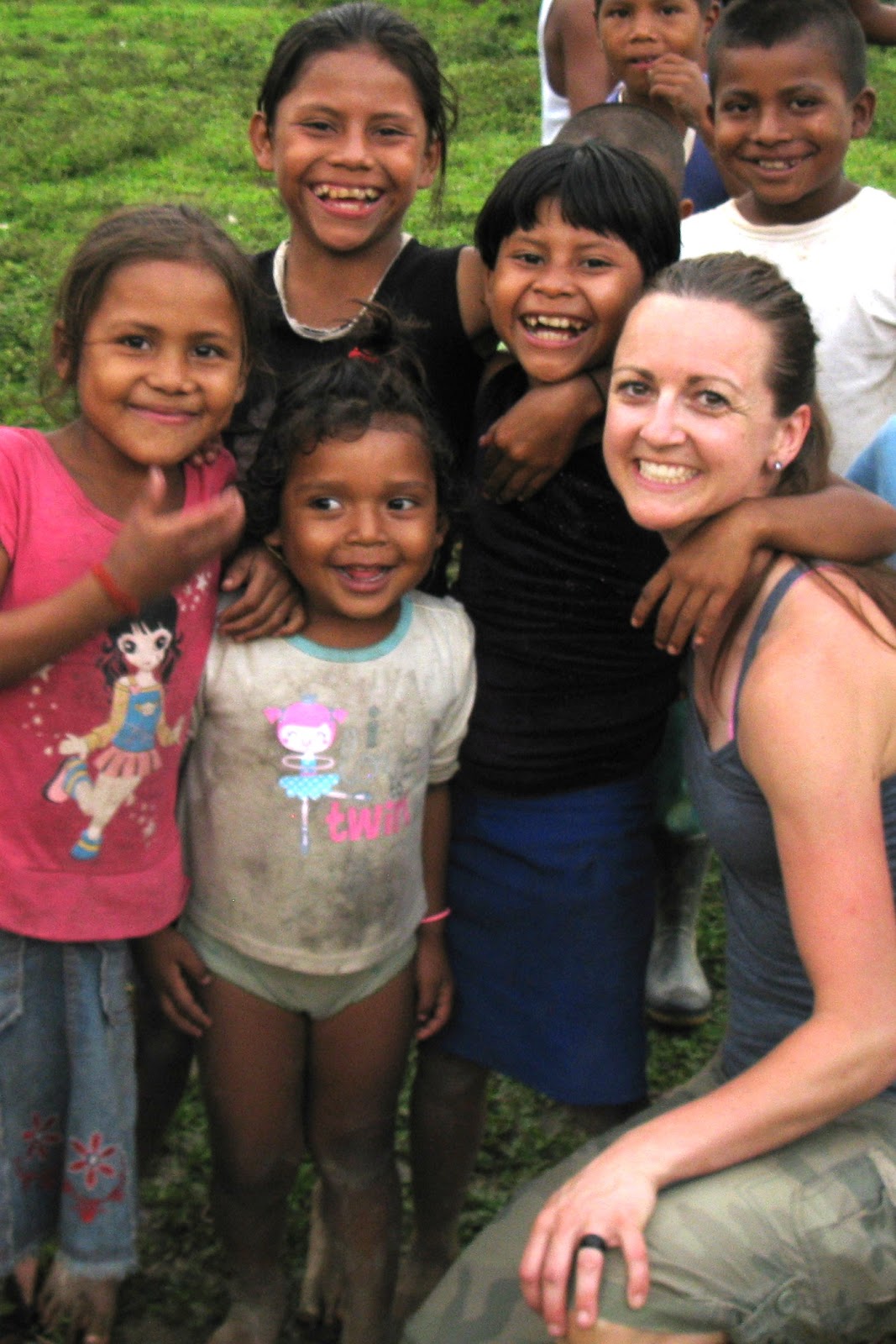 The same. But Different.