Welcome to the Jungle

Yes, it is true. Guns ‘n Roses has been in my head since I boarded the dug-out boat in Wiwili. Now that we have arrived, I am indeed feeling welcomed by the jungle and am looking forward to the fun ‘n games!

We were joined by the rest of the group late Saturday night and were up bright and early to hit the road. Destination: Wiwili, to spend the night before beginning the trip down the Rio Coco the following day.

Before leaving, however, we made a stop at the grocery store to fill our buckets with snacks to eat during the boat ride when stopping for meals would not be an option. Of course a few treats and non-essentials also squeezed their way into the mix between the tins of meet, veg, and fruit. 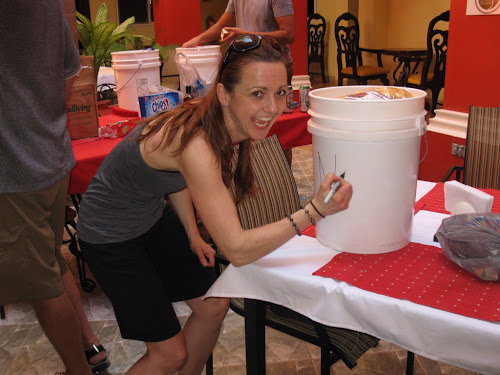 Seventeen Cheles (the word for white people which is basically the word for milk, only backwards) have a lot of stuff when you add up the food buckets, the dental bins, and the bags full of belongings thrown together in hopes that one has guessed the right things to bring with them into the jungle.

We managed to load it all into the boxes of six Toyota Hiluxes and set out as a convoy. Although legroom was at a premium with five people and our ‘carry-on bags’ in each truck cab, it was indeed a luxury compared to the local alternative, and I imagine they thought our convoy was quite ridiculous each time we stopped our convoy and cheles poured out the doors to take photos, apply sunscreen, and haggle over sunglasses on the side on the road. 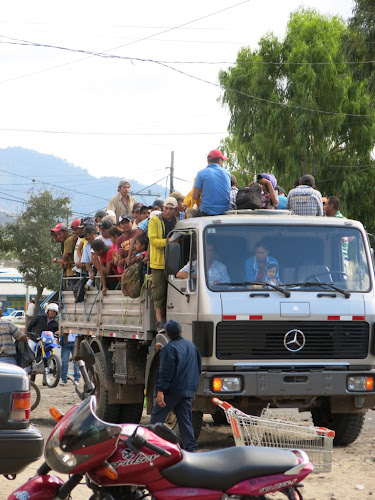 I felt a little silly knowing that my food bucket was tucked securely in the back of the truck while those we encountered along the way clearly had more ambitious plans for dinner. 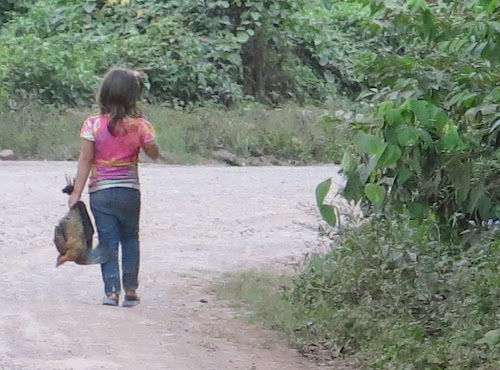 After savoring my king sized bed, hot shower, wifi, and A/C in Managua and Leon (although guiltily given the recognition that this was the exception in Nicaragua and not the rule), Wiwili was the reality check. It was concrete rooms. It was cockroaches. It was bucket-flush toilets. It was expected. 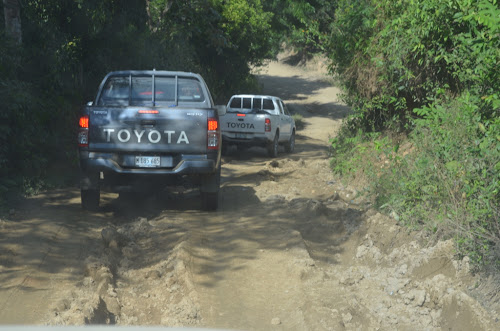 Given that Wiwili wasn’t quite the end of the ‘road’, we spent the night there and in the morning we engaged the 4×4 on our trusty rides and bounced, rocked, jostled, and hung on to the oh-shit handles for another hour and a half until we reached Las Piedras.

Three boats (carved out giant trees) each with a Motorista (a driver), a Probero (a guy who stands at the front of the boat with a stick prodding the river bottom and making sure we don’t hit any obstacles), and a few locals looking to hitch a ride, were waiting for us.

Anxious to venture downriver, we pushed off! 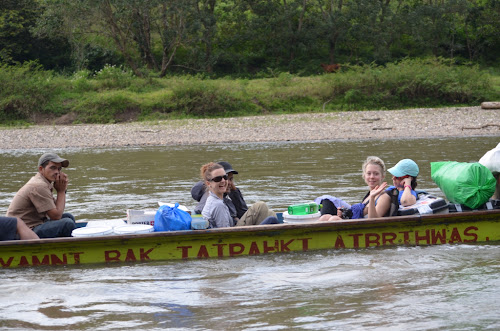 This would be our ‘home’ for the next nine hours or so and though four of us with our backpacks and our buckets crammed into the only open space between the luggage, it became obvious as we encountered other boats on the river that we should relish the space that we had. 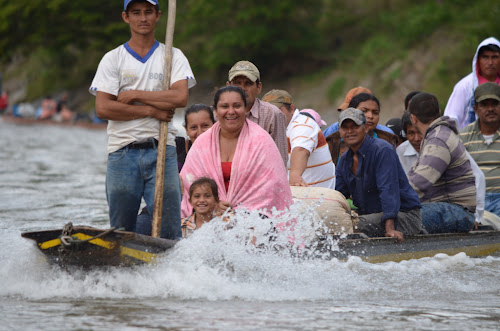